In undertaking a raft of investigations into British taxpayers with offshore assets and income, HMRC have netted £560m - the first time the body has exceeded half a billion pounds in successful investigations of this sort.

According to data acquired from a Freedom of Information Act request, HMRC increased its tax revenue from offshore investigations by a significant 72% over the past two years, building on the £325 recorded in 2016/17.

To understand HMRC’s approach to offshore income and assets, and why they’ve been increasingly successful in clamping down on how they’re taxed, we’ve called on the knowledge of Associate Director at our London Accountants, Riaz Kala.

Some of you may recall the leaked Panama Papers in 2015 - a ream of documents which essentially exposed the rogue offshore finance industry.

Staffed by highly experienced lawyers and accountants and armed with a vast amount of data and sweeping powers, the unit has already increased the amount HMRC is netting from investigations by more than two thirds in just two years, and this trend is likely to continue going forward. 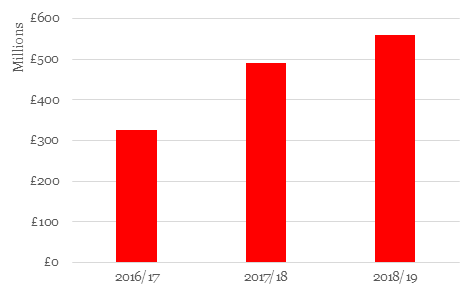 Another source of HMRC’s success has been the introduction of the Global Reporting Standard initiative, launched in September 2017 with a view to creating global tax transparency.

Participants in the GRS include most European countries, the Crown Dependencies and overseas territories.

Information on taxpayers with accounts based in another 50 jurisdictions, including Switzerland, Monaco and Singapore, began to be exchanged from September 2018.

The final source of hMRC’s success has resulted from the introduction of a strict liability offence which came into effect in October last year and has made it easier for HMRC to prosecute taxpayers for offshore tax evasion.

The updated legislation has made it a criminal offence to fail to declare offshore income greater than £25,000 and has taken away HMRC’s responsibility to prove intent to evade tax, thus making it much more straightforward to convict those involved.

This does mean that the likelihood of HMRC tracking down individuals or businesses who have declared incorrect tax on offshore income in the past is far greater than in years gone by.

A significant proportion of British taxpayers who are working abroad, or have worked abroad recently, are at risk of facing investigation if they have not paid the correct amount of tax.

If HMRC deems a scheme to be non-compliant, it can demand backdated tax, penalties and interest.

HMRC now also has the power to compel taxpayers to pay their potential tax liabilities up front, instead of having to chase them through the courts.

If you think HMRC’s clampdown on offshore interests could impact you or your business, or if you want to ensure complying with HMRC’s new unit going forward, get in touch with our accountants in London - our team have a wealth of experience in tax planning and would be happy to help.