The number of new businesses incorporated in the UK has experienced an increased level of growth since the beginning of 2016, new data from small business accountant Accounts and Legal shows.

According to the firms’ research, a total of 1.1 million new companies have been registered in the UK since the beginning of 2016, with an average of 160,000 being incorporated per quarter. 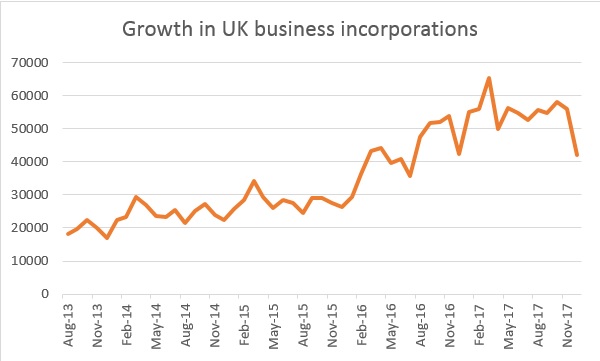 Perhaps most surprisingly was the year-on-year comparisons between activity around the Brexit referendum and the same period in other years. Q2 of 2016 sustained the spike in growth from the previous quarter, seeing 172,935 businesses registered. This, compared to Q2 of 2015, represented an increase of 13% despite the negativity surrounding the Brexit vote and its outcome.

According to Government-backed national enterprise campaign, StartUp Britain, 342,927 new businesses were registered with Companies House between January and June of 2016, compared with 608,110 for the whole of 2015, which was itself a record year. 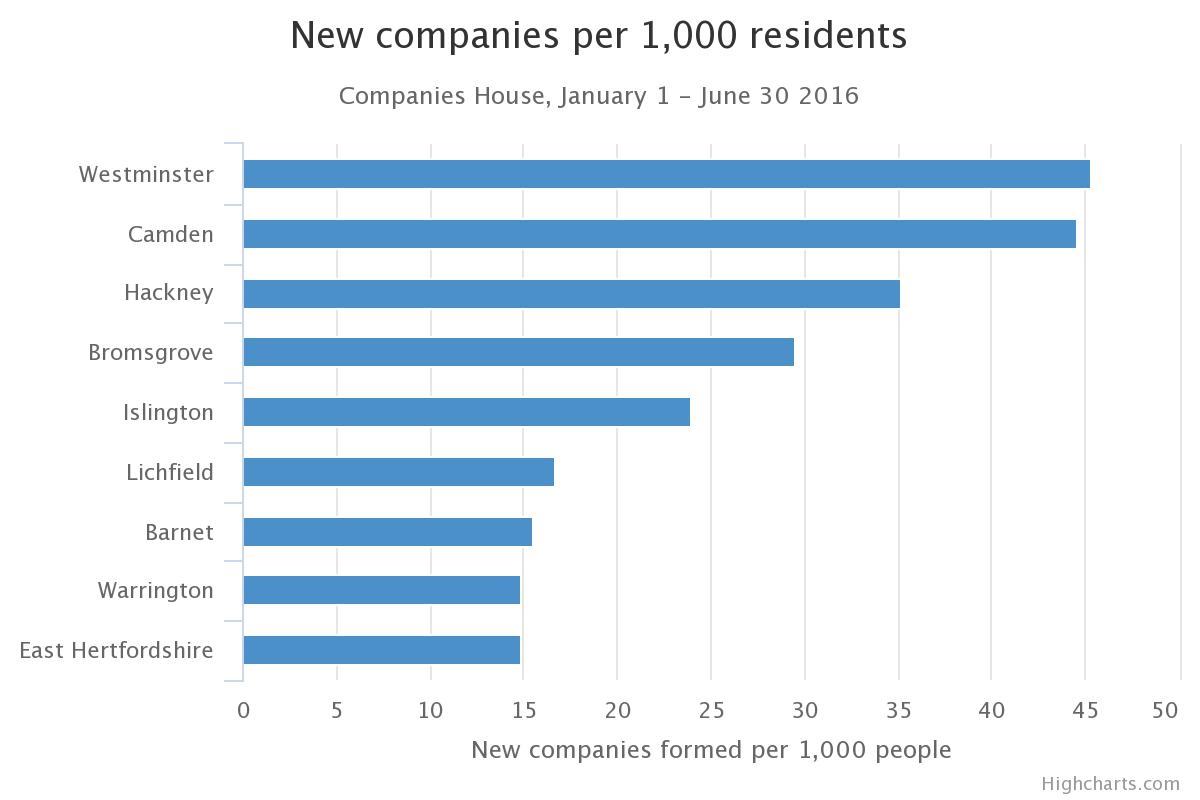 The UK start-up revolution shows no sign of ending. In total, nearly 660,000 companies were established in 2016, up from 608,000 in 2015, according to the Centre for Entrepreneurs, a think-tank. This year it looks likely that the record will be broken again, according to the CfE’s Startup Tracker.

Some observers attribute the positive numbers to government-sponsored initiatives introduced after the financial crisis in 2010 to encourage people to set up businesses.

The coalition government backed StartUp Britain, a business-led campaign launched in 2011, which sponsors the CfE’s work, and introduced or increased tax breaks for investors and owners of small businesses. It also set up a Start Up Loans scheme in 2012, which has handed more than £300m of loans to more than 46,000 start-ups through the British Business Bank, a government-owned development bank.

Statistics compiled last year by the government show the number of businesses has jumped by 2 million since 2000, rising from 3.5 million to 5.5 million. However, most of these employ fewer than 10 people and a rising proportion are sole proprietorships.

The Brighter Business report by Opus Energy claimed that despite the economic uncertainty surrounding the UK, many SMEs are undeterred by the referendum result. In fact, 29% of the 500 business owners questioned in July 2016 felt more confident about their business than they did prior to the EU referendum, compared to the 22% who said that they felt less confident.

Hon the contrary, a survey by Bizdaq found the opposite. Of the 300 interviewed, 20% were more confident about the future, but a sizeable 36% were less so. Both studies show that uncertainty among small businesses is definitely an issue to be contended with throughout the Brexit negotiations and inevitable separation from the EU.