Bitcoin-mania is sweeping the globe, and entrepreneurs are looking for new ways to create profitable business within the sector. We look at the scale of the Bitcoin phenomenon and consider how to get a competitive edge compared with the businesses trying to profit from what many consider to be the next global investment bubble.

In the last 6 months, Accounts & Legal have seen a significant increase in the number of enquiries from all businesses crypto for accounting, tax and business advice – from miners and blockchain developers to investment managers and casual speculators.

Why not try our Interactive Instant Quote tool and see how we can help you make the most of the cryptocurrency movement.

The Bitcoin mining industry currently accounts for an astonishing 0.13% of the entire world’s electricity consumption every year, currently consuming 28.8 TWh per year.

To put that in perspective, Bitcoin’s consumption could power 24.8% of the 25 million households in the UK for a year.

Alternatively, you can look at it in terms of oil. A new Bitcoin is mined every 10 minutes, and it takes 20 barrels to mine it. Therefore, per year, the energy consumed in mining Bitcoin is the equivalent of 13,500,000 barrels of oil.

What are the miners actually doing?

Mining for Bitcoin works like a lottery. Every ten minutes or so, mining computers collect a few hundred pending bitcoin transactions (a “block”) and turn them into a mathematical puzzle.

The miners have attempts (hashes) to solve the puzzle, whereby the mining computer must guess the block values of something called the “nonce”. The nonce is a 32-bit arbitrary number that could be anything between 0 and 2,147,483,648.

The first miner to find the solution announces it to others on the network. The other miners then check whether the sender of the funds has the right to spend the money, and whether the solution to the puzzle is correct.

If enough of them grant their approval, the block is cryptographically added to the ledger and the winning miner gets 12.5 bitcoins (the value of one block). The miners move on to the next set of transactions (hence the term “blockchain”). 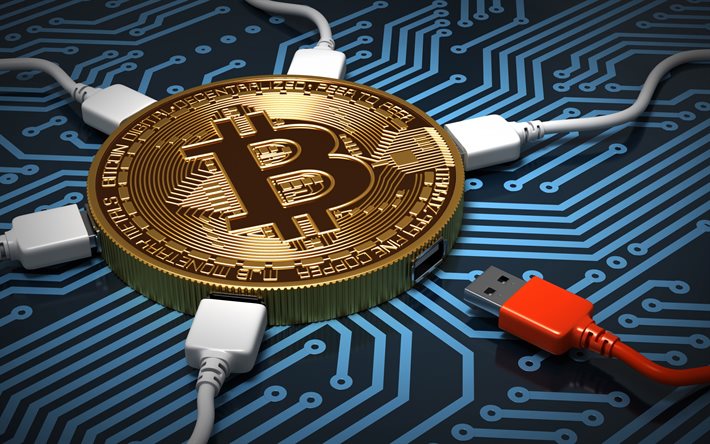 The power of mining equipment is expressed as “hashrate”. Typically, equipment’s power will be written as Gigahash (1 billion hashes per second).

Today one of the most advanced pieces of mining hardware available is the Antminer S9. It is what is known as an ASIC mining rig.

The rig has a mining rate of 14 TH/s, making 14 trillion hashes every second.

With that amount of power, using one Antminer S9 in today’s difficulty will earn around 0.11 Bitcoins a month, or £800 based on today’s valuation.

An alternative way to increase power and likelihood of mining bitcoins is for an individual miner to join a “mining pool”. The name is derived from the pooling of resources by miners, who share their processing power over a network, to split the reward equally, according to the amount of work they contributed to solving a block.

How sustainable is Bitcoin mining?

The continuous block mining cycle incentivises people all over the world to mine Bitcoin.

As mining can provide a solid stream of revenue, people are very willing to run power-hungry machines to get a piece of it.

Over the years, this has caused the total energy consumption of the Bitcoin network to grow to incredible proportions, as the price of the currency continues to reach new highs.

The entire Bitcoin network now consumes more energy than a number of countries, based on a report published by the International Energy Agency.

If Bitcoin was a country, it would rank as shown below.

To put the energy consumed by the Bitcoin network into perspective we can compare it to another payment system, such as VISA.

Even though the amount of available information on VISA’s energy consumption is limited, we do know the data centres that process VISA’s transactions consume energy equal to 120,000 UK households.

We also know VISA processed 82.3 billion transactions in 2016. With the help of these numbers, it is possible to compare both networks and show that Bitcoin is extremely more energy-intensive per transaction than VISA.

Cheap electricity has made China the ideal country for Bitcoin mining. The yearly cost of energy necessary to mine Bitcoin determines the cryptocurrency's value.

However, to get in on the action in China you risk reputation because you’re either siphoning off surplus energy from somewhere else, or you’re partnering with the Chinese government.

No matter how you analyse it, mining Bitcoin in China is a very grey area. After all, nobody wants to be running their high-class Bitcoin miner on dirty fuel.

That’s why HIVE Blockchain Technologies Ltd. - a gold-miner-turned-Bitcoin-miner - has set up in Iceland.

As one of the first public companies that lets you participate in the build-up and infrastructure of crypto mining, HIVE is making the most of Bitcoin’s most complimentary weather condition - Ice.

It’s often freezing cold in Iceland, so the relative energy cost of mining there is lower. Mining hardware demands huge supplies of power and subsequently creates masses of heat.

For this reason, natural outdoor temperature is key. Iceland saves companies on cooling costs, making it one of the most potentially profitable places to mine Bitcoin.

Bitcoin relies on a sophisticated digital infrastructure. In an industry that has the potential to create incredible profits, almost any computer can mine the lucrative rewards.

Although, the new movement in the market is the creation of companies dedicated to ether mining, and this is where cryptocurrency can get extremely rewarding.

This is industrial-scale bitcoin mining, and some of these companies are worth tens of millions of dollars, according to Bloomberg.

And for all of them, the greatest challenge is keeping energy costs down to make ether mining more cost-effective. Currently, roughly 85 percent of the world’s Bitcoin trading volume comes from China. Countries with heavily subsidised energy were once the most obvious choice for industrial miners, but now the colder countries have something to offer that has nothing to do with the government.

Better yet, the likes of Iceland doesn’t involve any legal grey areas that will come under scrutiny.

Bitcoin is essentially profiting off Mother Nature, and as long as she maintains cold temperatures, natural machine cooling should be a big coup for Bitcoin. Cold countries are now home to what is being dubbed "geothermal gold".

Prominent mining start-up, BitFury Group, are just one country to reap the rewards of the sub-zero climate. Initially created in the Netherlands, the company generated over £68 million in revenue this year, and predicts it will be generating £440 million in revenue by 2021.

While its flagship data centre is in the Republic of Georgia, BitFury is also now tapping into the cool temperatures of Iceland.

Another company to have fun in the snow is Cloud Hashing. The company owns a computing facility in Iceland and chose the Nordic location due of its cheap and plentiful geothermal and hydroelectric energy, and the “free Arctic air” that is piped in to cool the machines.

Iceland is also a hub for Hong-Kong giant, Genesis Mining Ltd, which is building the largest ether mining facility in the world in Iceland. Alphabet (NYSE:GOOG) and Facebook are there, too, taking advantage of the cold.

HIVE has recently acquired a new data centre from Genesis for a "cool" £6.8 million and a 30 percent equity stake in HIVE, according to Bloomberg, who go on to report that HIVE shares have “Bitcoin investors buzzing”. 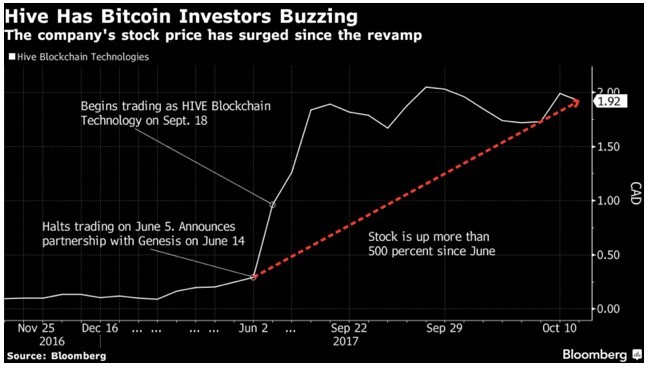 Right next door to this landmark Bitcoin facility in Reykajanes, Iceland, HIVE has just acquired a second data centre from Genesis.

Bubble or not, businesses are currently making money out of thin (and very cold) air. So whether you need advice on where to set up, or how you will be taxed, get in touch with the Accounts & Legal team to see how we can help you.